WordPress is wildly popular (and for good reason), but it’s simply not built for enterprise — lacking both the flexibility and the security that brands need as they scale. Here’s a look at the platform’s biggest flaws, and how migrating to a new CMS can give your brand’s digital presence a major boost.
Engineering Product & Strategy

WordPress is wildly popular (and for good reason), but it’s simply not built for enterprise — lacking both the flexibility and the security that brands need as they scale. Here’s a look at the platform’s biggest flaws, and how migrating to a new CMS can give your brand’s digital presence a major boost. 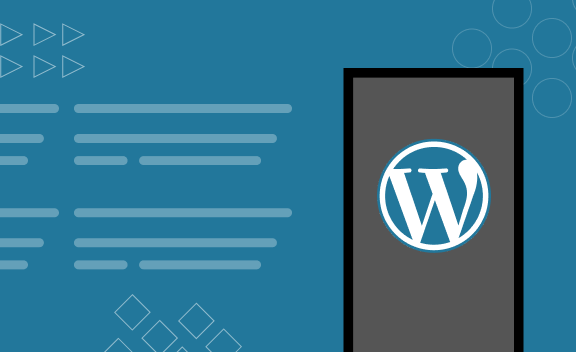 A significant chunk of the time you’ve spent on the internet today has likely been powered by Wordpress — and you’re in good company. Launched in 2003, Wordpress remains the most popular CMS today by a wide margin, with more than 35% of all websites built on it. Originally built as a blogging platform, Wordpress has over time evolved into a full-fledged content management system that’s utilized by numerous household name brands from the New York Times to TechCrunch to Yelp.

Wordpress’s sheer popularity, along with the relative ease and affordability of getting started on the platform, makes it an obvious choice for many brands’ CMS needs in the beginning. But while the platform has certainly evolved over the past two decades, it’s still a blogging platform at its core that was never built for enterprise use — and it’s plagued by issues that make it a less-than-optimal choice for digital-first brands, especially those focused on developing omnichannel capabilities.

In 2022, brands that want to provide best-in-class digital experiences need a CMS that’s scalable, reliable and secure, with the flexibility to support them as they scale. Here’s a look at the biggest WordPress flaws that make it less than ideal for digital-first enterprise brands, as well as the most important factors to weigh when you’re considering a CMS migration.

WordPress is one of the world’s most successful open source projects, and the collaborative nature of the platform’s development has been a major contributor to its popularity. Being built on open source code makes it easier for third parties to develop plug-ins and themes, and it can also save developers a lot of time and effort when it comes to building WordPress websites since they’re often able to utilize publicly available code instead of starting from scratch.

But WordPress’s open source nature makes it that much easier for security holes in your code to be exposed, potentially leaving your website open to vulnerabilities and threats. Additionally, WordPress is heavily dependent on third-party plugins; it’s not unusual for a WordPress site to have hundreds of plugins installed for everything from SEO to analytics to ecommerce capabilities. All of these plugins have to be carefully monitored for known vulnerabilities and subsequent updates — because as the world’s most widely used CMS, WordPress is also the one of the most popular for hackers to target. Hackers often scan for vulnerabilities in WordPress sites and then exploit outdated plugins and WordPress versions with code injections and other malicious activity, with one particular attack in 2021 targeting a whopping 1.6 million WordPress sites.

Security isn’t the only concern when it comes to the proliferation of third-party plugins and themes that WordPress sites tend to rely on. Themes and plugins are not only an added cost, but an added complication. Among the tens of thousands of WordPress plugins out there, there are plenty of great ones that add crucial functionality, from SEO to spam blockers to ecommerce capabilities, but there are also a lot of buggy and insecure add-ons that are susceptible to issues and need frequent updating.

To complicate matters further, not all WordPress themes are compatible with all plugins (or plugin updates) — and sometimes that doesn’t become apparent until they’re already installed, compromising site functionality or even causing downtime.

Slow page load speeds are a frequent complaint from Heady clients using WordPress who are looking to migrate their CMS. Besides being annoying, poor site performance can be a major deterrent for your site visitors — and worse, Google’s site ranking algorithm takes page load time into account, meaning slow page speeds can be detrimental to your SEO.

So why so sluggish? Part of it goes back to all those third-party plugins. When you install more plugins to add functionalities, you also often add unnecessary code that you have no control over, adding bloat and slowing your site down. WordPress themes are a notorious source of bloated code too, as developers in recent years have worked to fortify their themes with more and more plugin functionalities.

To mitigate some of the aforementioned security issues, WordPress releases frequent updates. While these updates are crucial for keeping your site up-to-date and secure, they can also present a huge headache.

The effects of WordPress updates can be unpredictable, sometimes causing certain plugins, or even the theme your site design is built on, to become incompatible with your website. Every time you install a new WordPress upgrade, you risk breaking some functionalities of your site, or even taking your site down altogether.

Organizations with sites built on WordPress may find themselves choosing between opting in to auto-updates for security reasons — which means installing updates before they have a chance to test them, potentially breaking their site — or taking the time needed to test updates before installing them, potentially leaving them open to vulnerabilities.


Consider the Benefits of a New Enterprise-Ready CMS

The ease and accessibility that initially attracts some brands to WordPress is often quickly outweighed by old, bloated code that requires a serious investment of time and effort to debug. The reliance on third-party plugins isn’t just complex and unwieldy, it can also represent security concerns — and the effect that all those plugins have on your site’s performance and subsequently, its Google ranking algorithm, are major drivers in pushing brands off WordPress in search of a more enterprise-friendly CMS.

Thinking about making the switch, but not yet convinced it’s worth the hassle of a migration? Here are the biggest benefits you stand to gain from migrating from WordPress to a new CMS. 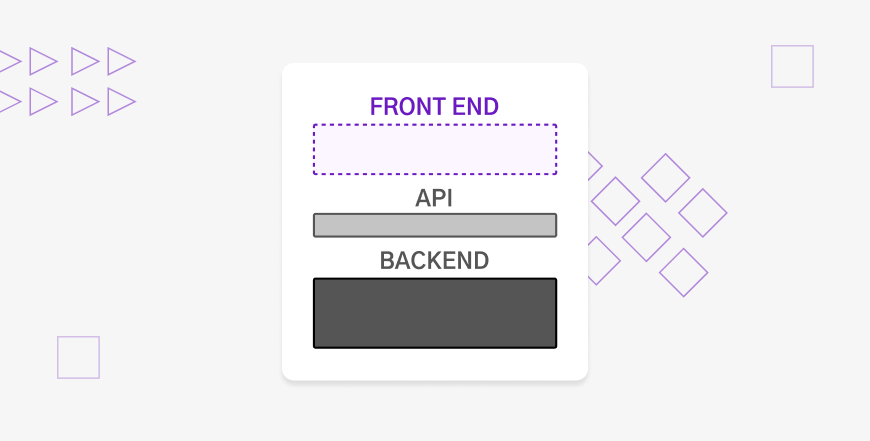 A Headless CMS Is Primed for Omnichannel Capabilities

For clients that provide content across multiple channels — such as a mobile app and a website — Heady recommends a headless CMS that’s built with omnichannel capabilities in mind. With a headless CMS, content is stored separately from where it it’s presented. Content can be stored in a headless CMS and displayed anywhere, giving brands the flexibility to manage all their content in one place and the capability to deploy that content across any frontend they choose. This gives you the ability to update in one location and push it to all channels, whether it’s an app, website, or TV, drastically simplifying and speeding up content experiences. 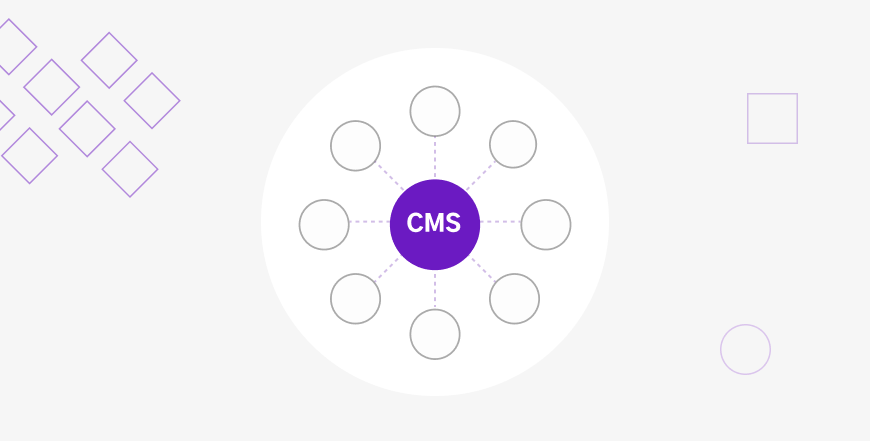 Other CMS options on the market have more support for enterprise-level systems and integrations because they’re specifically built FOR enterprise. With SaaS CMS, integrations and plug-ins are more tightly controlled so there’s less chance of a plugin or an update breaking something.

And since they’re not open source, security is better with fewer vulnerabilities and opportunities to have your site compromised. Meanwhile, updates are managed by their respective vendors and are continuous, meaning you’ll always have the latest updates to secure your site and assure optimal performance. SaaS providers also manage their platform and thoroughly test their software before rolling out new features, allowing users to focus on their website and content without worrying if plugins and themes are up to date. 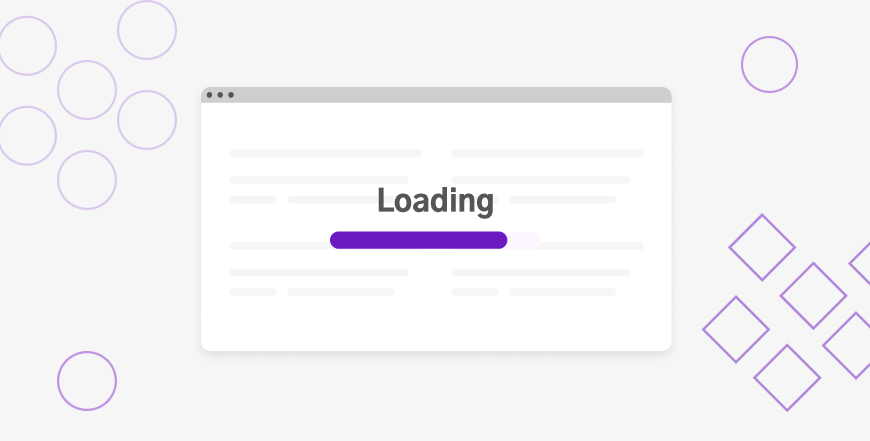 Switching to a new CMS that’s less bloated with third-party plugins and/or old and unnecessary code can markedly improve your site performance. Better load times means site visitors will have a better browsing experience and are more likely to stick around, and this will also have a positive impact on Google site ranking — potentially resulting in more traffic coming to your site.

Keep in mind that while your content will be delivered faster, you’ll still need to to build a frontend application for optimal performance. But by separating the content and display you can ensure your CMS isn’t the culprit when it comes to slow loading times, making troubleshooting any issues with your website or app far easier. 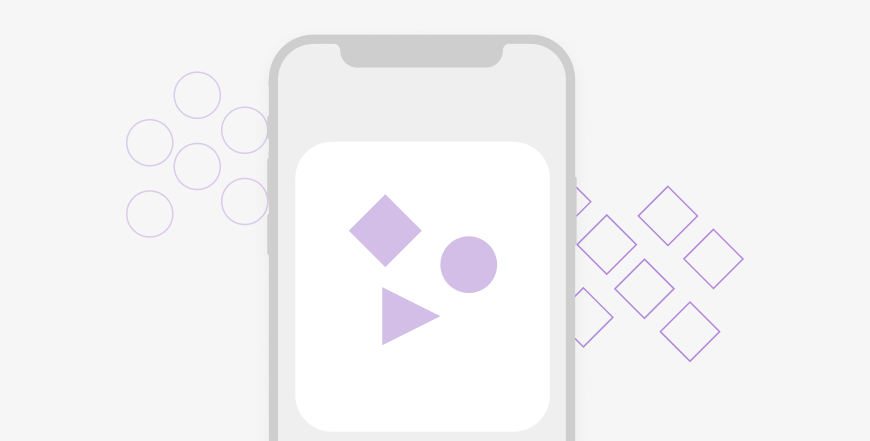 Migrating from WordPress to a built-for enterprise CMS means your site design will no longer be restrained by the limitations of WordPress themes. While custom design can certainly come with its own set of complexities, digital-first brands that are scaling will be better served by greater flexibility and a CMS that’s designed to grow with them. 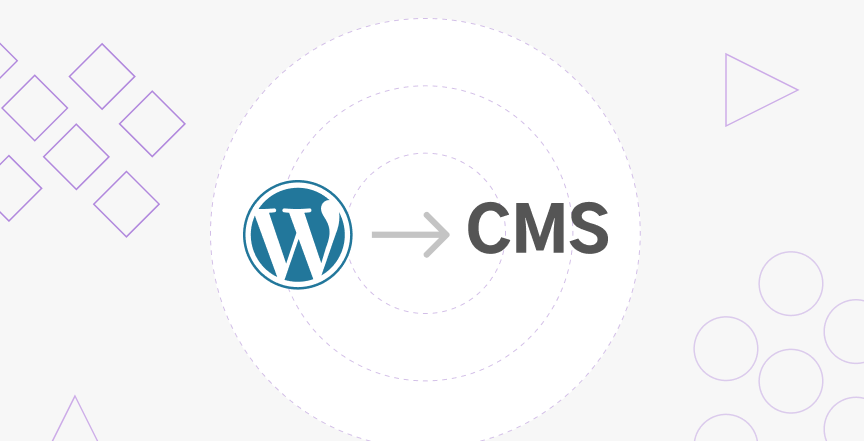 If your organization is feeling the constraints of WordPress, migrating to a new, enterprise-ready CMS can give you the flexibility and scalability to support your forward-looking digital goals. Better security means greater peace of mind, while more customizable design capabilities allow for better tailoring to your users. Considering a CMS migration may feel like a lofty task, but the payoff is worth it for modern brands who are ready to go all in on their digital experience.

At Heady, we’ve got the expertise and the experience brands need when it comes time for a CMS migration. With several high-profile WordPress migrations to headless platforms under our belt, our talented development team will work alongside you to ensure your site is secure and all content is migrated successfully, no matter how complex the application.

In addition to our longstanding partnerships with a variety of CMS vendors, we also built our own headless CMS platform, AMS, used by brands like Gap Inc., Hibbett Sports, and Heyday for managing applications across multiple channels. Our focus on long-term client relationships means we’ll take a holistic look at your business goals and help you make the right choice for your brand’s digital future.

We’re here to support your team every step of the way, pre-, during, and post-launch. Get in touch with us to explore CMS migration.

Achieving Your Digital Goals While Cutting Staff Is Possible. Here’s How.

How to Create a Compelling Customer Journey With Push Notifications

Seven Questions to Ask About a New Technology